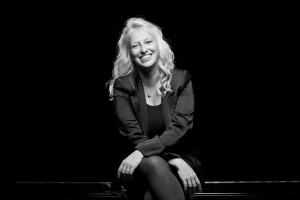 Known for passionate performances with impeccable acuity for color, textural balance and keen attention to detail, Dr. Kristie Janczyk is one of today’s young prolific American pianists. Playing since the age of three, Kristie is sought after around the world as a soloist, chamber musician and accompanist. She is consistently praised for her inspiration and flair by communicating the energy and musical impulses in the pieces, as well as for presenting programs full of confidence and passion that underscore her love for the piano.

As a soloist, Kristie has appeared with the InterHarmony Internationales Musik-Festival in Carnegie Hall. She also performed with the Viva Vivaldi Festival Orchestra in Mexico City under the direction of Michael Meissner. Performances during this festival included a solo Bach recital at the Instituto Italiano de Cultura and eight concerts with the Meadows Trio. She performed for Prince Edward of England, as well as for the President of Latvia, the latter of which she performed the Bach d minor concerto in Wagner Hall with the Riga Chamber Orchestra in Riga, Latvia. She was also selected to perform in the Rising Stars concert held at the Royal Ontario Museum in Toronto, Ontario, as part of the Toronto Summer Music Festival. In addition, Kristie has performed with Lone Star Wind Orchestra, Garland Symphony, Las Colinas Symphony, Arlington Symphony, New Conservatory of Dallas, the Dallas Wind Symphony and Music in the Mountains in Durango, Colorado under the direction of Arkady Fomin, and toured Germany, Poland and Czech Republic with the Greater Dallas Youth Orchestra. In April of 2011, she made her debut with the Mesquite Symphony (TX) under the direction of Roger Gilliam performing Gershwin’s Concerto in F. In May 2013, Kristie returned to perform Tchaikovsky Piano Concerto No. 1 with Mesquite Symphony in May of 2013. Kristie is currently one of the pianists with Phoenix Symphony, on piano faculty at Napa Valley College, Artist In Residence Pianist with Lincoln Theater in Yountville, CA, along with Principal Pianist of Festival Orchestra NAPA and Symphony Napa Valley.

Kristie received her Doctorate in Music with a specialization in Collaborative Piano from Arizona State University. She is a graduate of Southern Methodist University with a Master’s and Bachelor of Music Degree in piano performance both under the direction of Alfred Mouledous.

1. She practices on a Steinway at home.
2. She can be seen regularly with the Phoenix Symphony.
3. She grew up in Dallas, but loves Phoenix more. 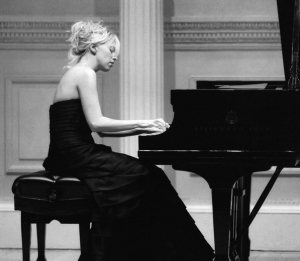 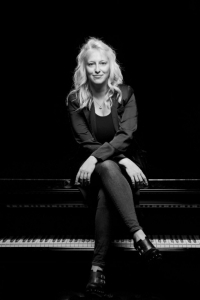